According to authorities, a group of unidentified individuals beat a stray dog to death in the New Friends Colony neighborhood. According to the Delhi Police, a case has been filed, and the suspect is being sought. Locals claim that the pregnant dog died on Saturday after succumbing to her wounds. They claimed that the defendants are students who are suspected of attacking the dog with rocks and sticks before abandoning it in a field.

Social media users are sharing alleged videos of the Students Beat Pregnant Dog in which some men are seen dragging the dog into a tin shed and beating it while it howls. You can hear some of them yelling, “Kill it, kill it.” The dog is then seen being picked up and dumped on the field. “We received a complaint from a woman who leveled allegations against students (of a college),” said Esha Pandey, DCP (South East). because they reportedly beat the dog. We also have the incident’s video footage. We are looking into the situation.

Police opened an investigation based on the allegations and filed a case under IPC section 429 and the Prevention of Cruelty to Animals Act.

“The present complaint is being made against numerous accused for the horrific crime of maiming and killing a white street dog… by repeatedly striking (it) with a hockey stick and a baseball bat… dragging (its) lifeless corpse…,” the complaint reads. The video demonstrates the aim and malice behind the horrible conduct, even though the street dog hid from the accused in the tin shed: “Accused persons are seen hunting for (it), laughing at (its) pain. 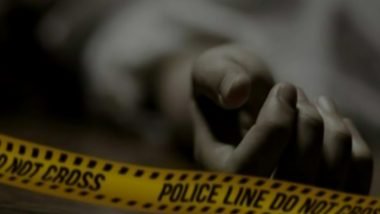