Friends of 26-year-old Shraddha Walker have revealed details of their toxic and abusive relationship, revealing that Shraddha was unhappy and anxious to end the relationship. Shraddha was strangled and ripped into bits by her live-in partner Aftab Amin. 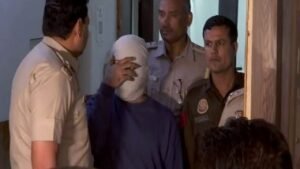 Shraddha allegedly claimed that she was “living in misery” and was afraid that her boyfriend Aftab would “murder her.” They used to quarrel frequently, according to the couple’s neighbors and friends, and Walkar was terrified for her safety.

Rajat Shukla, a friend of Shraddha, recalls how Shraddha’s demeanor evolved once she moved in with Aftab. We used to act, study, and perform in plays together. Shraddha had a lot of energy and was highly sparkly in personality. But as 2018 drew near, we began to notice many changes in her personality. A person is frequently anticipated to change for the better, but in Shraddha’s case, she began to wither. Perhaps at this point, Aftab entered her life, according to Shraddha’s close friend.

But we didn’t learn about their relationship until 2019,” he continued. The pair was initially revealed to be living together in Vasai, but later we learned that they were moving to Delhi for employment. We lost contact with Shraddha after that till we discovered that she had vanished. We later found out about her horrifying murder. This is not love. Such a horrible conclusion is unfit for a love story. There is undoubtedly a greater plot underlying the entire incident. But who is Aftab? Why did he do it? Shukla urged for a comprehensive investigation into each of these issues.

Notably, Rajat Shukla explained to ANI that although the pair had a joyful beginning to their relationship, things quickly soured and Shraddha told her friends that Aftab had been abusing her and she wanted to leave him. She informed us in 2019 that she had been dating since 2018, according to Shukla. They shared a home. At first, they coexisted well, but then Shraddha began alleging that Aftab beats her. Although she wanted to, she was unable to leave

Another acquaintance of the victim, Laxman Nadar, was quoted by DNA as stating, “They used to argue a lot. After the argument, she texted me on WhatsApp and asked me to accompany her somewhere that evening. She claimed that if she spent that night with Aftab, he would murder her.

Nadar claimed that when Aftab started acting violently, her friends helped her leave the house. He continued by saying that they even threatened to report Aftab to the police and file a complaint.

We previously reported that the 26-year-old girl’s father is apparently suspecting a “love jihad” element to the case and has called for the execution of the alleged culprit.
Vikas Madan Walker, Shraddha’s father, told ANI, “I suspected a love jihad angle. For Aftab, we want the death punishment. I have faith that the Delhi Police would conduct the investigation properly. Shraddha didn’t talk to me much because she was close to her uncle. I never communicated with Aftab. The initial complaint was made in Mumbai’s Vasai.

The FIR claims that because Aftab is a Muslim, Shraddha’s family objected to the relationship. Additionally, they disagreed with Shraddha’s choice to live with Aftab. Shraddha was firm about her choice, though.

The Delhi police later disclosed that Aftab had no remorse for Shraddha Walker Murder. He apparently only sobbed once, when his father came to the police station following his imprisonment.

The police detained Aftab Amin, 28, on Saturday after they fled with Shraddha from Mumbai and cut her into 35 parts at a rented home in Chhatarpur (November 12).
The victim apparently asked Aftab to marry him, which irked him. This year on May 18, he killed her by strangling her. The body parts were cut with an iron saw used to cut wood and trees by Aftab, who had previously worked in a kitchen. The blood-stained garment was likewise thrown in the trash by him. Following that, the defendant bought a refrigerator and stored her body inside it for several days. He divided her into 35 parts and scattered them throughout 18 locations in and around Delhi.

What’s your thought on the Shraddha Walker Murder case? Comment down below