Contents hide
1 Sandeep Bhardwaj Hung Himself At His Rajouri Garden Residence In Delhi
2 Share your thoughts in the comment section below
3 Also, see

According to sources, Bharadwaj, the secretary of the AAP’s trade section, was dissatisfied after allegedly being denied a ticket for the impending Municipal Corporation of Delhi elections. But they added that it cannot be proved that this contributed to his alleged suicide. 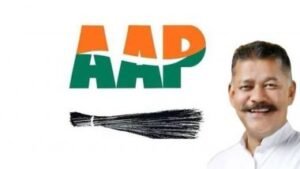 MCD elections are set for December 4. Nominations were accepted through November 14th.

Even as Arvind Kejriwal, the chief minister of Delhi, expressed regret at his premature passing, the BJP sought a full investigation into the incident. The abrupt suicide of Bhardwaj has startled the people of Delhi, especially those from the Moti Nagar Assembly area, according to Praveen Shankar Kapoor, a spokesman for the Delhi BJP.

The police should launch a thorough inquiry to determine the cause of the suicide, he added. “People of Delhi want to know why a person, who until recently was actively engaged in political action in addition to his company, has suddenly committed himself.

Similar to this, Manoj Tiwari, a BJP leader, told ANI “I think it’s murder rather than suicide. Sandeep Bhardwaj received a guaranteed seat. Additionally, it has come to light that a ticket for that location was sold. Similar to murder is aiding in suicide.” According to Deputy Commissioner of Police (West) Ghanshyam Bansal, the police were informed by the Kukreja Hospital that Bhardwaj, a resident of Rajouri Garden, had been brought dead from his home.

The area received a call from the criminal team. According to police, inquest procedures under section 174 CrPC is being carried out legally. According to authorities, the deceased was the proprietor of Bhardwaj Marbles and a divorcee who resided with his two daughters and son.

At this point, according to Kejriwal, the entire party was standing next to his relatives. “We are deeply saddened by Sandeep Bhardwaj, an AAP member’s death. May God grant him eternal rest. Our condolences are with them during this difficult time, and the entire party is standing behind his family “He stated in a Hindi tweet.