The Bhilwara district of Rajasthan saw unrest after a shooting incident in which a man was killed. After protesters took to the streets, the police cut off Internet services for 48 hours. 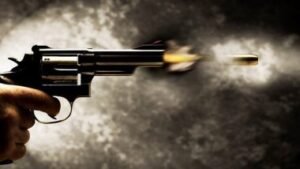 Two suspects had been taken into custody, according to police superintendent Aadarsh Siddhu on Friday.

On Thursday, four criminals arrived on two bikes and shot and killed a young person. Not long after the incident, the road was in a state of chaos. The killers evaded capture despite the police blocking the routes. The administration ordered a 48-hour Internet restriction in the district due to concerns that the situation would get worse.

Two brothers, Ibrahim Pathan alias Bhura (34) and Kamruddin alias Tony (22) were reported to be traveling in the direction of Bhilwara’s Harni Mahadev from the Badla crossroads, according to ASP Jyeshtha Maitreyi. Four miscreants arrived on two bikes at 3:30 p.m. and started shooting at Imamuddin and Ibrahim.

Three shots were fired. Ibrahim Pathan was killed after taking one bullet. Tony, his brother, was hurt. The criminals escaped. When the police learned about the situation, they went to the scene and transported both to the Mahatma Gandhi Hospital.

The young man’s family and others caused a commotion at the hospital after he passed away. The cops were alerted when the mob began damaging the premises. The family has asked for a 50 lakh rupee settlement, a government post, and 10 lakh rupees for the injured. The police chased them out of the hospital after a quarter-hour of commotion.

Everywhere in the city, including the Mahatma Gandhi Hospital, Badla Chauraha, Bhimganj, and CT Kotwali, police were stationed, and the administration imposed a 48-hour Internet restriction. Regarding this, the divisional commissioner issued directives.