An inquiry into the death of a 67-year-old man who was discovered dead in a garbage bag by Bengaluru police a week earlier has revealed that the guy allegedly had a heart attack while having sex with his girlfriend. The man’s girlfriend, spouse, and brother are accused of disposing of his body.

According to the authorities, the 67-year-old businessman was having an affair with his 35-year-old housekeeper. On November 16, the victim went to his girlfriend’s place and died of an attack while having sex with her on her bed. According to reports, he died of a heart attack. On November 16, the guy, Bala Subramanian, a Puttenahalli resident in JP Nagar, left his home to drop his grandson off for badminton lessons. Bala called his daughter-in-law at 4:55 p.m. and apologized for being late due to personal obligations.

Bala’s son reported him missing to the Subramaniya Nagar Police station after his family members had been unable to reach him for a while. The body was discovered by authorities one day after the missing person’s report was made, suspiciously wrapped in plastic and a bedsheet.

She instantly called her husband and brother out of fear that if this occurrence became public, it would damage her reputation in society. The businessman’s body was allegedly placed in a garbage bag by the woman and her family before being abandoned at a remote location in JP Nagar.

The woman admitted to disposing of the body of her 67-year-old boyfriend when questioned. With the assistance of her husband and brother, the househelp discarded the body on the road out of fear that the authorities may file a murder case against her. 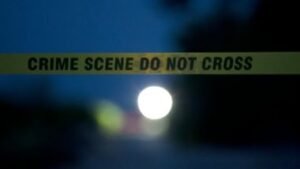 It has been made known that Bala Subramanian had a long-term romance with his servant and frequently visited her home. Bala had angioplasty surgery the previous year.

The Bengaluru Man Dies While Having Sex, man’s body has been sent for a post-mortem examination in the meantime, and police have filed a case under the relevant sections of the Indian Penal Code (IPC) to determine whether or not the woman’s statements are accurate.