The Controversy between Amid Rishabh Pant And Urvashi Rautela doesn’t appear to be going away anytime soon as the actress has now commented on the cricketer’s Instagram story, calling him chotu bhaiya and urging him to concentrate on playing cricket.

If you are unaware of the event, let us briefly recap it: In 2018, Urvashi Rautela and Rishabh Pant were frequently spotted together, giving off the impression that something was happening between them. They soon parted ways, though, and a little scandal started when rumours spread that Rishabh Pant had banned Urvashi Rautela on the messaging app WhatsApp. Later, it was reported that they had both agreed to ban one another on WhatsApp. In a recent interview, Urvashi described an old instance in which someone contacted her 17–18 times and waited for her for hours in a hotel, but she was unable to see him due to her busy schedule. They planned to meet in Mumbai after she said that she felt awful, but when they got there, they found themselves surrounded by reporters, which made them feel a bit uneasy. She also berated the media for making everything complex when it might have gone entirely another way. Urvashi declined to give that person’s name during the whole conversation, although she did refer to him as Mr. RP. 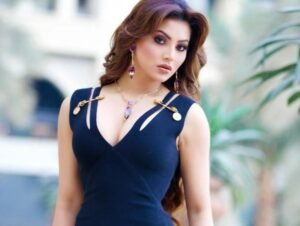 It was clear to everybody that Urvashi was making a reference to Rishabh Pant, and it was verified when the wicketkeeper-batsman attacked the actress on his Instagram account for trying to get attention at his cost.

Rishabh posted, “It’s funny how people lie in interviews just for some meager popularity and for hitting the headlines. Sad how some people are so thirsty for fame and name. May God bless them merapichachorhoBehen #Jhutkibhilimithotihai.” While Rishabh Pant quickly removed his article after publishing it, we don’t believe Urvashi has any plans to do the same with hers.
Following Urvashi’s message, internet users had a field day, and #RPChotuBhaiyya became a trend on Twitter, a microblogging platform. The majority of people are cheering for Rishabh Pant and making fun of Urvashi, claiming that she is attempting to gain attention by exploiting his name. Others said that Chief Minister Pushkar Singh Dhami had chosen Pant to serve as the brand ambassador for Uttarakhand, the state where Urvashi Rautela was born.

What is your opinion on Amid Rishabh Pant And Urvashi Rautela  Controversy? Comment down below