One of the most intriguing nations in the world is India. Countless unusual stories and legends have been created as a result of the country’s extensive size, rich mythology, and numerous cultural quirks. Some are obviously fabrications, while others are extraordinary enough to be true, and still, others are so absurd as to change the way we perceive the world altogether.

Here is the list of 6 Unsolved Mysteries In India.

The Immortal Beings Of The Himalayas 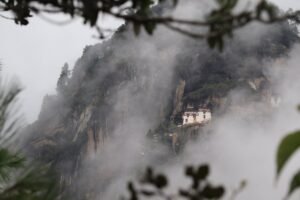 In many mythologies, mountains are the natural abode for celestial and eternal beings. It follows that it is not surprising that the Himalayas, the most formidable mountain range in the world, are rife with tales of cryptic creatures hidden in the valleys. A well-known legend among followers of various New Age soul-searching techniques is Gyanganj. It is thought to be an ancient Indian and Tibetan tale about a city-kingdom of mysterious, everlasting beings who hide from the outside world but have the power to subtly affect it when necessary.

Gyanganj has eluded detection by modern mapping methods and satellites because it is said to be deceptively hidden or maybe exist on a completely different plane of reality. In contrast, the eternal, enlightened sadhus and mahatmas who stay there are more than happy to occasionally welcome visitors and may even share some of their knowledge. Numerous strong mystics and gurus have asserted that trips to this hidden spot are the origin of their arcane knowledge. 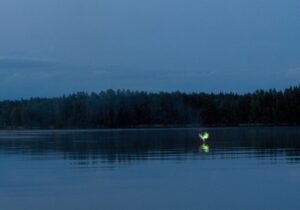 If you ever find yourself in Bengal’s marshes, exercise caution. In addition to the typical dangers that a swampland might provide, it also has a special kind of paranormal danger: mysterious lights that attempt to lure you to death. The eerie will-o’-the-wisp family of ghost lights, which are visible all around the world, includes the Aleya Ghost Lights.
They are bright spheres that hover over the wetlands and lure unwary travelers to follow them. According to local lore, they are the spirits of fishermen who died in a nearby accident, and anyone foolish or careless enough to approach them either dies or goes insane.

The mystery’s solution has just lately been discovered by modern science. What gives Aleya her terrifying ghost lights are the fumes produced by the decaying organic materials in the marshes. When a photon climbs to the surface and comes into contact with oxygen, the oxidation and ionization reactions in the air cause a startling photon glow. The hues of the lights vary based on the gas, which creates a variety of colored ghost lights that add to the event’s eerie beauty. 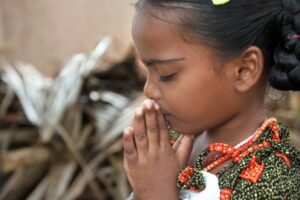 Shanti Devi was born in a beautiful Delhi family in the 1930s. On the other hand, she was not content for very long. When she was four years old, she started claiming that her mother and father were not her real parents. She asserted that Ludgi was her real name and that her real family resided in a different city. She provided information about her husband and family and claimed to have passed away while giving birth to a child. When Shanti’s terrified parents decided to investigate their daughter’s strange claims, what they found was quite horrific.

Luigi Devi, a young woman who lived in the place Shanti mentioned, had passed away while giving birth at the time, and the family and relations she described were true. She knew her “spouse from another life” as soon as she saw him and behaved as if he were her child. Newspapers rapidly became enthralled, and Mahatma Gandhi-level officials were closely monitoring Shanti’s situation. It was discovered that she was able to recall not only her former lives but also the period “in-between lives,” or the afterlife.

She claimed to have met Lord Krishna during these transitional states between lifetimes. The Lord had given her the responsibility of spreading the story of her experiences, which is why she was able to remember. Shanti Devi later developed into a religious savant, mentor, and pupil. For nearly sixty years, she absorbed the teachings of all major and minor religions in an effort to uncover the underlying universal truth, which was probably the great mission she was given. Her claims of reincarnation memories were challenged by hundreds of professionals and scientists, but no one was ever able to refute them. This is one of surprising 6 Unsolved Mysteries. 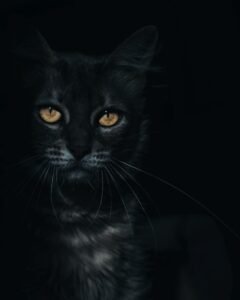 The mysterious Bhootbilli, or “ghost cat,” stalks parts of India, especially the Pune region. It’s a strange cryptid that resembles a cross between a cat, a dog, and a mongoose; it terrorizes the locals and kills cattle. “Big and broad with a long tail, black in color, with a dog’s face and a mongoose’s back,” was how one eyewitness described the monster. It has at least once jumped into a tree to escape humans attempting to catch it since it can make long jumps. Despite this, it is described as being “smaller than a lion but bigger than a hyena” in size and is reported to be fairly enormous and ferocious.

Even though there have been several reports of the beast and people seem to believe that a terrible cryptid is haunting them, it is important to remember that India has a history of embellishing strange animal sightings. Because of this, some scientists think the Bhootbilli is nothing more than a little civet cat that has been creatively blended.

The City of immortals

The “City of Immortals” is the nickname for Gyanganj. Isn’t that amazing? India is incredibly intriguing because it has many mysteries. The Himalayas are linked to a variety of mysterious tales due to their geographical boundaries. Old Tibetan and Indian stories indicate that this place is the city of mysterious immortal beings. No one can go there or even find out about it. Furthermore, it’s believed that this place has hidden so well that no amount of cutting-edge technology will be able to aid in your search. Many sadhus and mahatmas think that this is where one might find peace and enlightenment.

Residents of the little Assamese village of Jatinga experience an odd and mysterious occurrence. The issue at hand is widespread avian suicide. Hundreds of local and migratory birds soar between September and November each year and randomly crash into buildings and trees. Locals still think that evil spirits are at work in this incident, despite the fact that scientists have yet to offer an explanation. As a result, Jatinga is an odd location to visit where everyone is shrouded in mystery.

Which one is the most mysterious out of the 6 Unsolved Mysteries? Comment down below