Contents hide
1 12-Year-Old Schoolboy Dies Accidentally While Practising Bhagat Singh’s Execution For Play
2 Share your thoughts about the incident in the comment section below
3 Also, see

A 12-year-old student unintentionally died on Monday in Karnataka’s Chitradurga district while practising the execution of independence fighter Bhagat Singh for a play. According to media accounts, the incident happened on Sunday night while Sujay Gowda, a student in Class 7, was practising for the part by himself at home. 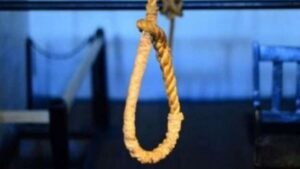 Sujay Gowda accidentally passed away, according to the police, while acting out the execution of Bhagat Singh. After wrapping a rope around his neck, the child lost his balance and died from strangulation.